Venezuelan FM calls on UN to take action on Palestine 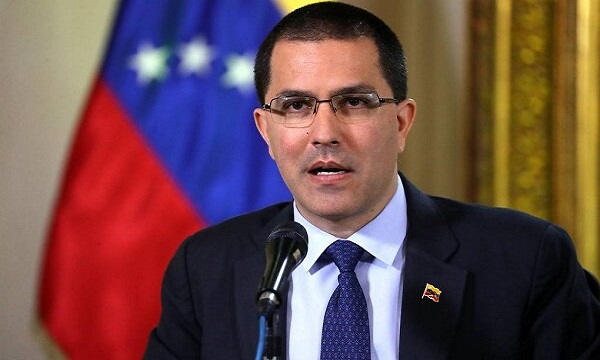 "The international community must not accept the crime against the Palestinian people. The United Nations must take action immediately," Foreign Minister Jorge Arreaza said in a post on his Twitter account in reaction to the Israeli regime's recent attacks on the Palestinian and Gaza.

Arreaza added that the Palestinian question is a humanist issue regardless of any religious and political affiliation, saying that the Israeli regime's attack on the Palestinians "totally unacceptable."

Meanwhile, China has accused the United States of being “indifferent” to the plight of Palestinians as the conflict between Israelis and Palestinians.

The Chinese foreign ministry spokeswoman Hua has said that that the US was being hypocritical.

Furthermore, China's special envoy for the Middle East Zhai Jun has expressed "deep concern" about the escalation of the conflict between the Zionist regime and the Palestinians and called on all parties to exercise restraint to prevent further casualties.