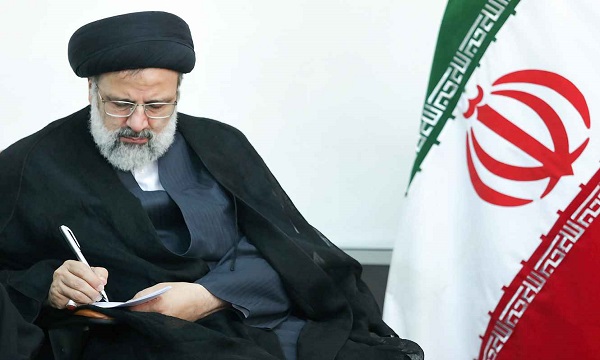 In two separate messages on Saturday, President Ebrahim Raeisi offered his congratulations on the 30th anniversary of establishing diplomatic relations between Islamic Republic of Iran and Kazakhstan.

"I am confident that the path of relations between the two countries, with mutual will and efforts, will continue in line with the goals of the welfare of the two nations and ensuring and strengthening regional and international peace and stability," Raeisi said in his messages.

"Your positive and impartial stance on resolving the Iranian nuclear issue and the support of the Republic of Kazakhstan during the sanctions period, which was accompanied by its hosting of the P5 + 1 nuclear talks, is very valuable to the Islamic Republic of Iran," the Iranian president said in his message to Mr. Nazarbayev.

"During its thirty years of diplomatic relations, the Islamic Republic of Iran has considered Kazakhstan as a reliable partner in the Central Asian region and the Caspian Sea, and has made serious efforts to expand bilateral relations," Raeisi said in his message to the Kazakh counterpart.

At the end of the message to President Kassym-Jomart, the Iranian president also expressed appreciation "for the warm and friendly letter dated December 21, 2021, and for accepting my invitation to visit the Islamic Republic of Iran, and I hope to welcome you in Tehran in the near future."

"Undoubtedly, the continuation of consultations and mutual meetings of officials will lead to the development of relations in all fields, and the will and cooperation of the officials of the two countries in implementing strategies to develop economic relations and remove restrictions, especially in the banking field, will definitely expand trade relations," Raeisi told his Kazakh counterpart.

At the end of both messages, the Iranian president wished success, health and wealth for the noble people of Kazakhstan.