Enemies Wary of War against Iran 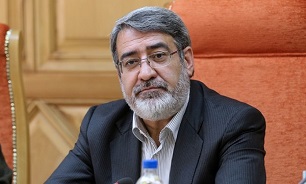 "The enemies fear military action against Iran. They likely posses the power but cannot use it. The enemies know that they cannot decide about the end of (possible) war in case of starting it and the costs of war will affect the entire world economy," Rahmani Fazli said, addressing the Law Enforcement Police officials and commanders in Tehran on Sunday.

"How is it possible to do something in a region that pillars of the world community stand on and keep away from its consequences," he added.

In relevant remarks last Wednesday, Iranian Defense Minister Brigadier General Amir Hatami underlined that his country will not allow the foreign states to wage war or stir insecurity in the region again.