TEHRAN (defapress) – The spokesman for Iran’s Foreign Ministry slammed the early assessments by some Western media officials that a Ukrainian airliner carrying dozens of civilians have been shot down in the Islamic Republic, saying Tehran has invited Kiev to take part in the investigation.
News ID: 79856 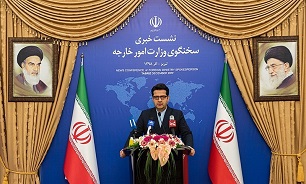 In a statement on Thursday night, Seyed Abbas Mousavi reacted to “the suspicious moves” by the West to create a negative atmosphere against Iran and said the country is investigating the incident in adherence to international standards.

The spokesman further said Iran has invited Ukraine and Canada to participate in the investigation, which will be conducted according to the International Civil Aviation Organization’s regulations.

The remarks came as some US, Canadian, and British officials said Thursday the cause of the jet’s crash was a missile fired from Iran in the hours after the country had launched other missiles at bases housing US troops.