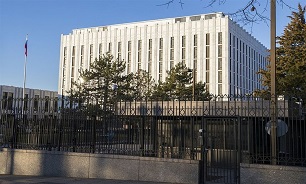 The Russian Embassy said that this step constitutes an attempt "to ensure narrowly defined interests on the international market of defense technologies," Tass reported.

"We have once again became witnesses to the US efforts to spin the sanctions spiral against Russia," the embassy added. "In this approach, we see another wave of Russophobia," the Embassy wrote on its official Facebook account on Thursday.

The US Department of State earlier announced new sanctions against the Kumertau Aviation Production Enterprise, the military-industrial corporation Scientific and Production Association of Mechanical Engineering and the Instrument Design Bureau. The US Department of State said that those organizations violate US laws on the non-proliferation of weapons of mass destruction (WMD) against Iran, North Korea and Syria.