US Harassment of Iranian Plane A ‘Double Crime

TEHRAN (defapress) – Syria’s Ambassador to the UN Bashar al-Ja’afari said the harassment of an Iranian airliner by US jets was “a double crime” as the Americans both violated the Syrian sovereignty and contravened the Chicago Convention on International Civil Aviation by staging the maneuvering.
News ID: 81641 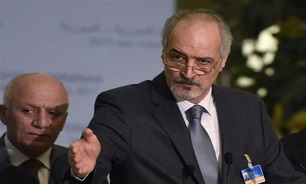 “This is not the first time they threaten Iranian passenger planes… they dropped an Iranian plane over the (Persian) Gulf waters on July 3rd, 1988 that led to the martyrdom of 290 passengers,” al-Ja’afari said.

According to the official Syrian Arab News Agency (SANA), Syria’s Ambassador in Tehran Adnan Mahmoud also called the harassment “a tangible embodiment of the US terrorist method that targets the lives of civilians, including children and women, in a flagrant violation of international conventions.”

“The hostile act can’t be separated from the US practices in supporting terrorism and looting the Syrian people’s resources,” Adnan said in a statement.

The Iranian aircraft had taken off from the capital Tehran and was en route to the Lebanese capital Beirut when US warplanes conducted aggressive maneuvers and came dangerously close to the plane over Syria’s al-Tanf region on Thursday night. The maneuvering caused injuries among the passengers.