Russia's sanctions have nothing to do with Iran nuclear talks

TEHRAN (Defapress) - US Secretary of State Antony Blinken says the sanctions imposed on Russia over its ongoing military action in Ukraine have nothing to do with a potential nuclear agreement with Iran.
News ID: 83914 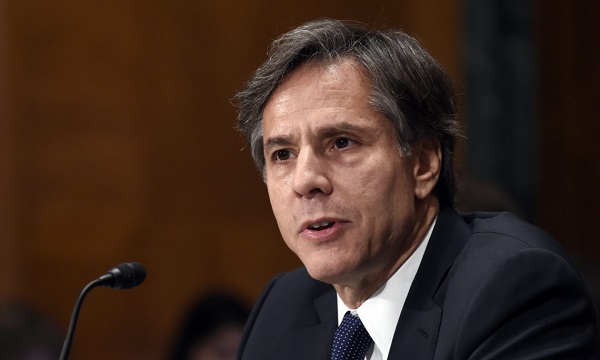 Blinken made the remarks in an interview with CBS's "Face the Nation" show on Sunday after Russia's demand a day before on written guarantees from Washington that its punitive measures won't harm cooperation on Iran.

The top US diplomat said the potential nuclear deal with Iran was close, but cautioned that "a couple of very challenging remaining issues" were still unresolved.

“The sanctions that are being put in place and that have been put in place on Russia have nothing to do with the Iran nuclear deal and the prospects of getting back into that agreement,” Blinken said.

The Biden administration has imposed harsh economic and banking sanctions on Russia in response to Russia's military actions in Ukraine.

US President Joe Biden said the sanctions would limit Russia's ability to do business in dollars, euros, pounds and yen.

Biden claimed that the only other alternative to the sanctions would be to start a “Third World War.”

Blinken said, “These things are totally different and are just are not in any way linked together.”

“The question is getting back into the deal,” he added, referring to the Iran nuclear deal, which is officially known as the Joint Comprehensive Plan of Action (JCPOA).

Former US President Donald Trump withdrew the US from the JCPOA in May 2018, and launched a campaign of “maximum pressure” against Iran. But the campaign of stringent sanctions failed to force Iran to negotiate “a better deal” as Trump had expected.

“Clearly, if we can do it in our interest, getting out of the deal was one of the worst mistakes that's been made in recent years,” Blinken noted.

He said that “if there's a way of getting back to re-implementing that deal effectively, it's in our interest to do it and we're working on that as we speak.”