Iran to continue negotiations on JCPOA with dignity

TEHRAN (Defapress) - Turning to negotiation process which is ongoing between Iran and P4+1, Iranian President Seyyed Ebrahim Raeisi said that the current administration will continue negotiations on removal of anti-Iran sanctions with utmost power.
News ID: 84280 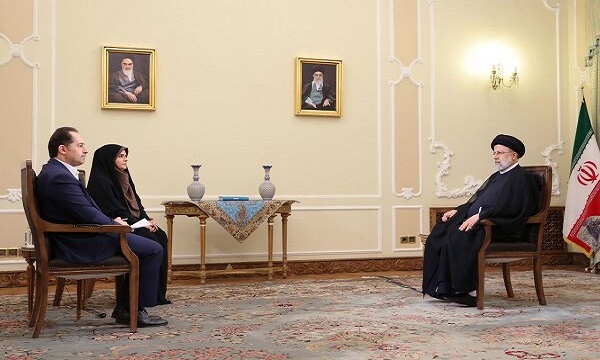 Addressing Iranian people in a live TV speech on Saturday evening, President Raeisi discussed the most significant issues including implementing fair payment of subsidies for the provision of basic goods as well as other issues pertaining to the domestic and foreign developments.

This is the sixth time that President Raeisi talks to the people on a live TV program.

In the beginning of his speech, President Raeisi said that his administration is making its utmost efforts in line with solving economic problems facing the noble people of the country with all their all might.

Turning to the Ukraine war, the president said that military operation in Ukraine has overshadowed the food security throughout the world and Iran is no exception to this rule.

He seized this opportunity to express his special thanks to the noble people of the country who cooperated and collaborated with the government and managed to foil sinister plots of enemy waged against Iranian people.

Many countries in the world are now experiencing high inflation rate that they have never experienced before, he restated.

Elsewhere in his remarks, President Raeisi said that 13th government has focused on boosting its trade and economic activities with all countries in the world especially neighboring states.

Neighborhood policy is one of the main priorities of the current administration, he said, adding that the country has witnessed as much as 450 percent trade growth with neighboring states.

Raeisi then pointed to the removal of sanctions imposed by the Western countries against Iran and said that the United States and European countries involved in nuclear talks unfortunately issued anti-Iranian draft resolution in the midst of negotiations which runs contrary to the international laws.

Regarding the visit of EU Foreign Policy Chief Josep Borrell and Iranian Foreign Minister Hossein Amir-Abdollahian, he said that Iran will pursue the process of negotiation with dignity.

"We will pursue the lifting of sanctions and they must be lifted as soon as possible because these sanctions are cruel and the other parties must live up to their commitments under JCPOA," President Raeisi added.