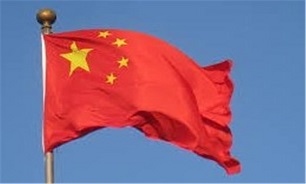 This US move has grossly interfered in China's internal affairs and seriously violated international law, as well as the basic norms governing international relations, the foreign ministry said, CGTN reported.

Noting that the Law of the People's Republic of China on Safeguarding National Security in the Hong Kong Special Administrative Region (HKSAR) fully conforms to China's Constitution and the HKSAR Basic Law, the foreign ministry stressed that the formulating and implementing the law is an important measure to ensure the steady and enduring growth of the cause of the "One Country, Two Systems."

The law has offered the institutional framework and legal guarantee of "One Country, Two Systems" as well as safeguarding the interests of national sovereignty, security and development, the foreign ministry added.

According to the statement, the legislation which ensures the HKSAR's long-term prosperity and stability is unanimously agreed and supported by all the Chinese people including Hong Kong compatriots.

The US attempt to obstruct China's national security legislation for the HKSAR will be to no avail and China will make necessary responses to protect its legitimate interests and impose sanctions on relevant US personnel and entities, the foreign ministry said.

"We urge the US side to correct its mistake, not to implement the so-called 'Hong Kong Autonomy Act' and immediately stop meddling in Hong Kong affairs and China's internal affairs in any way," said the statement.