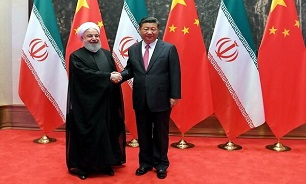 Speaking in an interview with FNA on Sun., Rahmatollah Norouzi said that conclusion of bilateral and multilateral agreement is one of the tools for strengthening national power, securing national interests and increasing national security for countries.

As a regional power and influential player in the international arena, Islamic Republic of Iran is no exception to this rule, he said, adding, “so far, Islamic Republic of Iran has tried to establish balanced relations and amicable ties with various economic, political and military powers in the world such as China, European Union, Japan, India and neighboring countries.”

He described signing of the 25-year Comprehensive Cooperation Document between Iran and China as an ordinary contract in accordance with international norms and added, “about 10 years ago, when the foreign policy of the Islamic Republic of Iran raised the policy of looking to the East as its pivotal principle, it was expected that Iran would cooperate more closely and continuously with countries of this region, so that this issue became more serious with the visit of Chinese President Xi Jinping to Tehran in January 2016.”

The Islamic Republic of Iran enjoys a lot of economic potentials and capabilities in the fields of energy and underground resources, agriculture, tourism and knowledge-based economy, he said, adding, “it is natural that the Islamic Republic of Iran should take advantage of international capacities and experiences to accelerate its growth and development in these areas optimally.”