Iran-China coop. document, a threat to US

TEHRAN (defapress) – Former Iranian Ambassador to the People’s Republic of China said that signing a 25-year cooperation document between Iran and China is a threat to the United States.
News ID: 81594 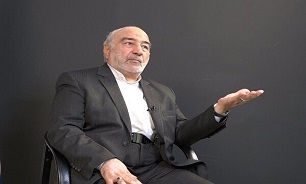 Speaking in an interview with Mehr News Agency on Tue., Javad Mansouri said that the proximity of Iran and China with each other as two independent states is clearly a threat to the US hegemony.

Regarding Tehran-Beijing talks for concluding a comprehensive cooperation document, he said, “the two governments of Iran and China, given their historical background and commonalities, are considered as two influential governments in East and West Asia. Naturally, there are many areas for bilateral cooperation.”

Iran and China have many fields for cooperation at the international level, he said, adding that ties between the two countries witnessed significant growth especially after the glorious victory of the Islamic Revolution in 1979 so that the Islamic Republic has maximum relations with China in various fields at the present time.

Since China has had a growing trend in economic and technological terms and also plays a more effective role in the international arena, most countries in the world are planning to expand their relations with Beijing, Mansouri stressed.

It is natural that Iran, like all countries in its interactions with other countries, should expand its relations exactly on the basis of equal position, mutual interests and use of potentials and actual capabilities, Iran’s former envoy added.