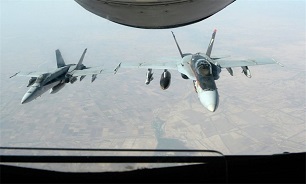 "US coalition aircraft launched an (act of) aggression this evening against one of the Syrian Arab army formations operating in the Albukamal area in the southeastern countryside of Deir ez-Zor," state news agency SANA cited the source as saying early on Sunday.

The attack injured two soldiers and destroyed an artillery piece, the source added.

The US and its allies have been bombarding what they call Daesh positions inside Syria since September 2014 without any authorization from the Damascus government or a UN mandate.

The aerial assaults, however, have on many occasions resulted in civilian casualties and failed to fulfill their declared aim of countering terrorism.

The Syrian army managed to liberate Deir ez-Zor city from the grip of Daesh in November 2017.

Now, the terror outfit controls small pockets of the province, much of them empty desert, and uses guerrilla-style tactics in its fight against pro-government Syrian forces.