TEHRAN (defapress) – The Iranian Ambassador to Iraq Iraj Masejdi said Wed. that President Hassan Rouhani will depart for Baghdad in the near future to meet with Iraqi officials.
News ID: 75758 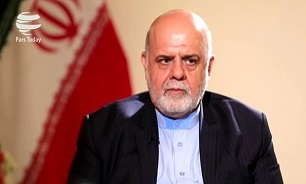 Speaking in Iraq city of Samara, Iraj Masjedi said that the Iranian President Hassan Rouhani will visit the neighboring country in March to hold talks with Iraqi officials.

During his visit to Samara, Masejdi called on the Iraqi government to prepare the ground for Iranian companies’ activities in Iraq’s economy in the post-ISIL era.

He said that Iran will stand by Iraq during reconstruction period as it did at the time of fight against ISIL.