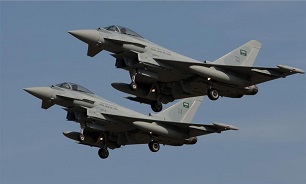 Four citizens were killed and 11 others wounded on Monday when the Saudi warplanes pounded civilian areas in Hajjah province, a security official told Saba on condition of anonymity.

The strikes also hit a vehicle in Mostaba district, killing all people on board, the official added.