TEHRAN (defapress) – A Malaysian minister warned on Wednesday that the Daesh (also known as ISIL or ISIS) militant group may shift its base of operations to Southeast Asia after the death of its leader, according to a media report.
News ID: 79388 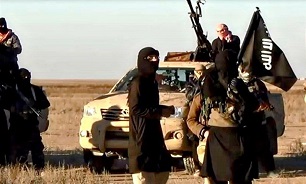 Authorities in the region have said it will be a long battle to thwart the terrorist group's ideology, even after Daesh leader Abu Bakr al-Baghdadi killed himself by detonating a suicide vest during a raid in northwest Syria in October.

Malaysia will remain on guard against threats posed by fighters returning from abroad, online radicalization and possible lone-wolf attacks, home minister Muhyiddin Yassin said at a meeting of ministers from members of the Association of Southeast Asian Nations (ASEAN) in Bangkok, Reuters reported.

"We believe that al-Baghdadi's death will open up another chapter in Daesh's terror operation. After losing much of its territory in Syria and Iraq, Daesh is also looking for a new base," Muhyiddin was quoted as saying by Malaysian news agency Bernama.

Muhyiddin, whose ministry oversees the police force, said Malaysia had foiled 25 planned attacks by Daesh in the country and arrested 512 people with suspected links to the group over the past six years.

Malaysia has been on high alert since January 2016, when gunmen allied with Daesh carried out a series of attacks in the Indonesian capital, Jakarta.

Daesh also claimed responsibility for a grenade attack on a bar in the outskirts of Kuala Lumpur in June 2016 that wounded eight people. It was the first such strike on Malaysian soil.