Instead of Spreading Lies, US Should Wait for Results of Boeing Disaster Probe

TEHRAN (defapress) – Spokesman for the Iranian Administration Ali Rabiei condemned the US government for “spreading lies” about a Ukrainian airliner that crashed in northern Iran, saying Washington should wait for the results of the ongoing probe into the Boeing 737 crash.
News ID: 79857 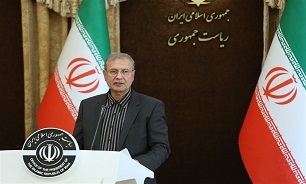 In a statement late on Thursday, Rabiei offered his condolences to the bereaved families of the victims of the doomed airliner that crashed near Tehran’s Imam Khomeini International Airport.

The committee, including experts from all countries involved in the plane crash, will transparently and accurately investigate the accident from all technical aspects and will announce the results completely, the spokesman went on to say.

He further rejected the US officials’ claim that the airliner has been shoot down by Iran saying the US government is well-advised to pay close attention to the results of the probe by the international committee instead of “spreading lies and launching a psychological operation”.

The remarks came as some US, Canadian, and British officials said Thursday the cause of the jet’s crash was a missile fired from Iran in the hours after the country had launched other missiles at bases housing US troops.