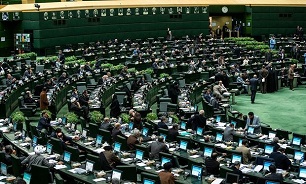 In a statement published on Monday evening, the committee noted that the so-called solution for the Palestinian-Israeli conflict is in clear violation of relevant international resolutions and laws.

Despite Washington’s claim, the plan will not bring peace; rather, it will increase tensions in the region, added the statement.

The Islamic Republic of Iran considers resistance as the only way to confront the Zionist regime, it said, adding that the only solution for the Palestinian problem is to hold a referendum among main residents of the land, including Muslims, Christians, and Jews.

The committee went on to urge parliaments of Islamic countries to condemn the US proposal and support Palestinians’ rights.

US administration unveiled the highly controversial plan last week. The deal has been widely condemned among Muslim countries as flagrantly violating Palestinians’ rights.

Foreign Ministry Spokesman Mousavi described the US imposed plan as 'treason of century' against the inalienable rights of Palestinian people and called for the governments and freedom-seeking nations to counter the move.

He went on to say that Palestinian land and territory belongs to the Palestinian people, adding, “the Zionist regime is an occupier and the only solution to the crisis is holding a referendum among the main residents of the land.”