TEHRAN (Defapress) - US military forces evacuated a site in Tal Alou Silos in Hasaka countryside and moved their equipment and vehicles to Iraqi lands.
News ID: 83014 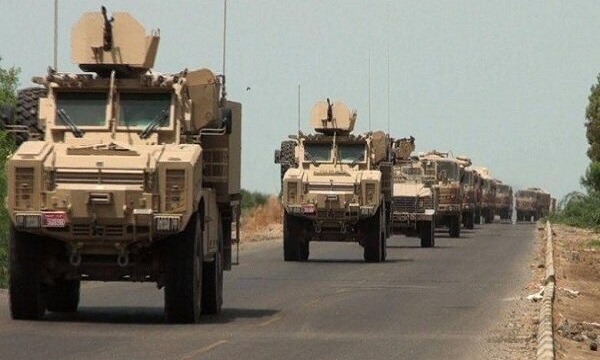 SANA reporter quoted local sources as saying that US occupation forces started on Friday moving their vehicles, military equipment and soldiers from their site at Tal Alou silos in Al-Yarubiya area near the Iraqi border.

The sources noted that the occupation forces completely evacuated the site on Friday afternoon, and moved their vehicles, military equipment and soldiers positioned in the place heading for Iraqi lands via the illegitimate al-Yarubiya crossing.

The evacuation of US occupation to the site comes a few days after bringing in soldiers and military equipment from Iraqi lands to its bases in Hasaka countryside.

With the defeat of the ISIL terrorist group as the US arm in Syria in 2017, US forces directly replaced the group, and since then, instead of ISIL, they have started extracting and stealing Syrian oil and continuing to kill the people of this country.