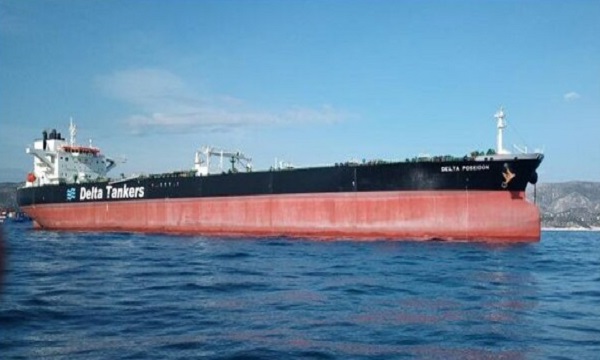 The Public Relations of the Islamic Revolution Guards Corps (IRGC) announced on Friday evening the seizure of two Greek oil tankers in the waters of the Persian Gulf.

“The IRGC navy today (Friday) seized two Greek oil tankers for violations they have carried out in the waters of the Persian Gulf,” the IRGC said in a statement.

Earlier in the day, Iran’s Nour News reported that the country was going to take “punitive action” against Greece due to the seizure.

Nour News, which is affiliated with the country’s Supreme National Security Council (SNSC), made the announcement without explaining what kind of action the Islamic Republic would take.

The Greek government seized an Iranian ship operating under the flag of the Islamic Republic of Iran off the coast of this country on Wednesday and confiscated its cargo by alleged court order and in coordination with the US government.

Following to the illegal seizure of Iranian oil tanker, Chargé d'Affaires of Greek Embassy to Iran (in absence of Ambassador) was summoned to Iranian Foreign Ministry on Wednesday.

While reminding the international obligations of Greek government given the emergency stop of Iranian ship due to technical defects, Head of Mediterranean Office of Iranian Foreign Ministry considered surrendering to illegal US pressure ‘unacceptable’ and condemned the move taken by the Greek government.

Seizing the ship operating under the flag of the Islamic Republic of Iran is a clear example of ‘piracy’ and the Greek government will have to account for it.

Also on Friday, Iran’s Foreign Ministry summoned the chargé d'affaires of Switzerland, which represents Washington’s interests in Tehran, to protest the US seizure of the Iranian oil cargo.

Athens also announced on Friday that Iranian navy helicopters had landed gunmen on the two tankers earlier in the day.

One of them, the Delta Poseidon, was sailing in international waters at the time, the Greek Foreign Ministry said, adding that the second tanker was near the Iranian coast when seized.

The ministry also said nine Greeks were among the crews of both vessels, but did not give a number of other sailors on board.

Athens has informed the European Union and the International Maritime Organization of the incident, it added.

According to Lloyd’s List Intelligence, Delta Poseidon’s destination was Agioi Theodoroi, near Corinth, and the cargo is understood to be for the Motor Oil refinery located there.