US ‘Positive’ about S. Korea's Humanitarian Trade Arrangement with Iran 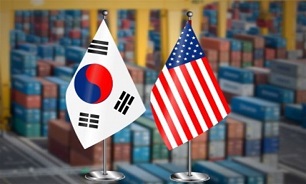 Seoul and Washington have been in consultations over the envisioned South Korean Humanitarian Trade Arrangement (KHTA), though discussions on specifics have been slow due to the fight against the COVID-19 pandemic.

The KHTA uses an Iranian bank free from US sanctions, such as the Middle East Bank, to enable humanitarian transactions with Iran, which has been suffering from shortages of medicine, medical equipment and quarantine supplies due to the biting sanctions.

"The US has positively viewed Seoul's push for the KHTA as it is a model akin to the Swiss Humanitarian Trade Arrangement (SHTA)," the source told Yonhap News Agency, referring to a payment method designed to facilitate Swiss companies' sales of food and medicine to Iran.

"Despite its positive stance, the US has not been able to move swiftly on this matter due to domestic situations related to the pandemic, but discussions have moved forward to some extent," the source added.

To restart humanitarian trade with Tehran, Seoul has also been pushing to harness the SHTA and the US government's General License No. 8 -- a mechanism to authorize certain humanitarian transactions with Iran even if they involve Iran's central bank, which is subject to US sanctions.

Though humanitarian exports are not subject to sanctions, South Korean firms had difficulty resuming their sales of medicines and other products to Iran due to concerns that they could be affected by the American sanctions.