Japan, US Struggle to Find Crashed Jet, Its 'Secrets'

TEHRAN (defapress) - One week after an F-35A stealth fighter jet crashed off the northeastern coast of Japan, US and Japanese military vessels are struggling to find the wreckage and protect its valuable "secrets."
News ID: 76849 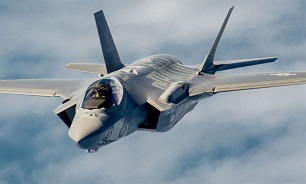 The Japanese jet vanished from the radar on April 9 over the Pacific as it was conducting a training mission with three other aircraft some 135 kilometers (85 miles) east of Misawa, northeastern Japan.

A defense ministry spokesman told AFP that the remains of the jet's tail had been found but they were still hunting in vain for the rest of the fuselage, as well as the pilot.

"On average two aircraft, including a helicopter, and two patrol vessels are constantly deployed in the around-the-clock search operations," said the official, who asked to remain anonymous.

Separately, the US military has dispatched one military aircraft and one vessel to join the mission, said the official, adding that the search has not yet been scaled back.

Defense Minister Takeshi Iwaya said the crash would be discussed at a meeting with his US counterpart in Washington on Friday, which will also involve the two allies' foreign ministers.

"The F-35A is an airplane that contains a significant amount of secrets that need to be protected," Iwaya told reporters.

"With the help of the United States, we will continue to take the leading role in investigating the cause of the accident," he said.

Akira Kato, a professor of international politics and regional security at Tokyo's J.F. Oberlin University, said rivals China and Russia would have "a strong interest in collecting even a single screw of the state-of-the-art plane."

And Hideshi Takesada, a defense expert and professor at Takushoku University in Tokyo, said it would not be a surprise if Moscow and Beijing were engaged in undercover activities to find some of the debris.

"Even if Japan and the US find it, they may not disclose details, including its exact location, due to concerns that China and Russia might try to collect it," Takesada told AFP.

Japan's defense ministry confirmed it had not spotted any suspicious vessels or aircraft from a third country near the site.

Japan's air force announced a commission last week to study the cause of the accident but it remains unclear exactly what happened to the plane.

US defense contractor Lockheed Martin touts the hi-tech fighter as "virtually undetectable" and says it allows the US and its allies to dominate the skies with its "unmatched capability and unprecedented situational awareness."

Japan is deploying F-35As, each of which costs more than 10 billion yen ($90 million), to replace its ageing F-4 fighters.

The jet was one of 13 F-35As deployed at the Misawa Air Base, according to the defense ministry.

The remaining 12 fighters have been grounded for the time being, the ministry said.

The F35-A jets are a key part of Prime Minister Shinzo Abe's efforts to upgrade the nation's military capacity to meet changing power dynamics in East Asia, with China rapidly modernizing its military.

Over the next decade, Japan plans to purchase as many as 105 F35-As and 42 units of other high-capacity jets, most likely the F35-B variant.